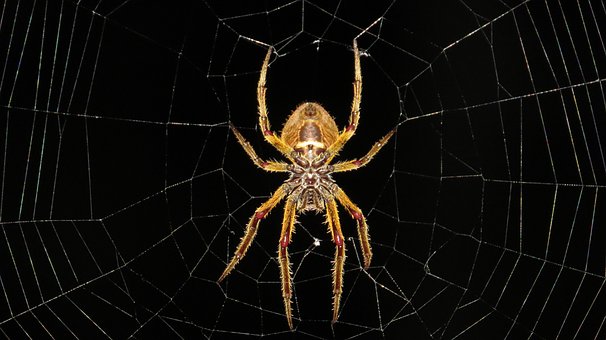 People like to have pets, but in a space colony there will be limited food supply, and the significance of recycling everything. That means there won’t be that much left over to get a pet of another species in a space colony. Therefore, what types of pets might you have? Having plants as pets may work, but sometimes that is not enough for humans.

Small rodents and mammals might work, but that also could be problematic, and we do not know how well they will do in space. They might do better compared to humans, and they may replicate well, but then they would eat the colonists out of house and home. Therefore taking dogs and cats to Space may not make any sense – how about ferrets, mice, or other smaller creatures; hard to say.

NASA has taken spiders into space and place them in a zero gravity environment, and they did just fine, they instantly made a net, and waited for insects to fly to catch. There were not any insects to grab, but they went ahead and built their home, and went along with their genetic plan. Spiders are enjoyable to watch, and they’re interesting, therefore they may make great pets for space colonists.

Yes, some Space colonists might be afraid of spiders, but if non-poisonous spiders were utilized, it would not be so bad, and maybe they may get used to it. It appears that humans need pets for some reason, something to take care of, and perhaps it’s part of the genetic component and mental dispensation of nurturing a family which causes this in the human psyche.

If we deny this, and we don’t allow pets in our space colonies, we may realize that a few of the people and colonists become depressed, angry, bored, and it may affect them in a negative manner. Now then, I’m not sure if spiders will make the best pets for Space colonists, but it’s an idea to throw out there and something to consider. There’ll be pros and cons of taking any species into space, or to live on another world – similar to the challenges that people will confront themselves.

Perhaps we will need to do some studies to determine which type of pets make the most sense for space colonists and what fellow species on earth we could take with us, if any. Really I hope you love this line of conversation and these forward thinking thoughts. I request that you please consider all this and think on it.